Dad, Galoob, and the Game Genie

When I reminisce about my Dad I focus on this one story when he was Executive Vice President, General Counsel, and Chief Administrative Officer at Lewis Galoob Toys Inc.

In 1990 Galoob announced a product called Game Genie and Nintendo wasn’t thrilled. The product allowed you to hack games with codes that dramatically altered the rules of the game. For example, in Super Mario Brothers you could enter a code that gave you the ability to fly instead of run. Or you could play the entire game with the Raccoon Suit.

Nintendo sued Galoob to try to prevent Game Genie from being released. My Dad represented Galoob in the lawsuit. He successfully argued that Game Genie’s changes were temporary, and did not create a new version of the game which would be copyright infringement.

Judge Smith has now ruled that Game Genie does not create a derivative work and that consumers would not be infringing Nintendo’s copyrights if they used it. And since the consumer is not infringing, Galoob is not contributing to infringement, Mr. Klein said. The judge also lifted the injunction against sales.

After the lawsuit my Dad came home with a box of Game Genies that I could take to school to pass out. I was a hero.

If you ever come to my house I’ll show you my mint Game Genie that is still in the original box. (It’s important to note that this is separate from my Apple museum.) My wife does not understand why I need the box. This might be the most contentious and entertaining part of our marriage. 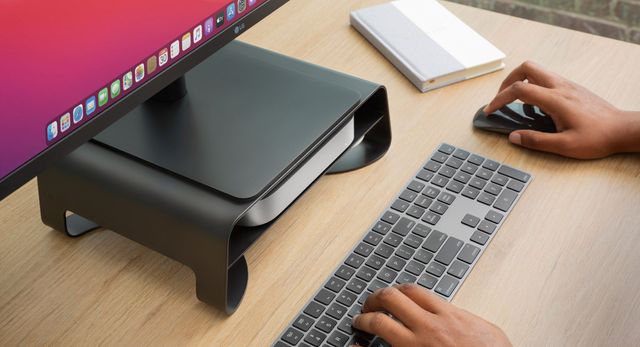 Photo credit: Twelve South For work I recently swapped my 2015 MacBook Pro for a 2019 Mac mini. As a result of transitioning into management I no…