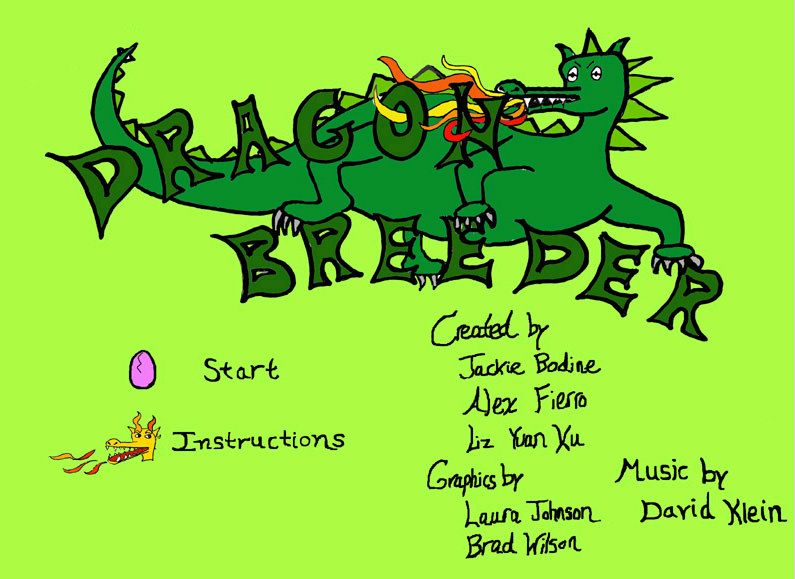 In 2003 I took a course at Cornell University in the Music department named Advanced Digital Music: Film Scoring taught by David Borden. We used a plethora of applications like Digital Performer and Reason to compose music for short film clips. This course was challenging because as a composer you want the audience to not feel overwhelmed by your score. Music should accompany the scene; not dominate it. One must match the tone while allowing subtle noises like a door closing to pierce through.

Also in 2003 a professor in the Computer Science department began an unofficial course in game design. There were five teams building games and five students in the music course. Someone had the brilliant idea of assigning a music student to a game design team.

I was assigned to a game named Dragon Breeder.

Dragon breeding is a difficult business. You must breed, nurture, feed, and train your dragons in a growing dragon economy. Keep a good journal, as dragon species popularity changes yearly. (Java project)

Yes, it’s still available to download (if you have Windows). I worked with the game design students to learn the purpose of their game and where music was needed. I then retreated to the studio and began writing.

Before the player clicks “Start” they hear a jovial melody to welcome them.

While the player is traversing the world they hear a majestic tune to encourage exploration.

When the player fights to breed their dragons they hear a battle theme that evokes a showdown.

Next time you’re watching a movie or playing a game, try to focus on the background music for a few bars. Think about the instruments and melodies. You’ll notice how the accompanying music was designed to enhance the moment by evoking certain emotions. You can also search on YouTube for your favorite movie or game plus the word “score.” 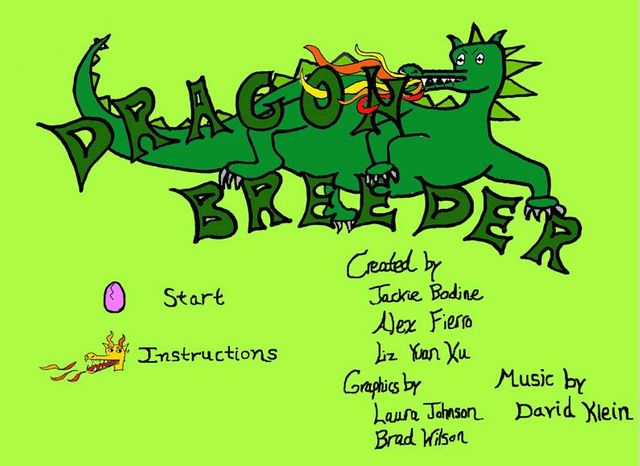 I have been designing for a number of years (since 2007?!), and, after recently being promoted to Principal Product Designer at Salesforce, an…