One can argue that the Apple TV remote has a derisive design1 2. In my opinion it has several major flaws:

One way to mitigate some of these issues is to place the remote inside of a case. I did this and it made picking up the remote much easier. However, it made differentiating between a regular trackpad press and fast forward/rewind very difficult. I often pop the remote out of the case before attempting to fast forward or rewind.

I’m surprised the only change to the remote’s design since its initial release is a slight bump in the form of a white circle on one of the buttons. This did not fix any of the problems. I often wonder how Apple can continue to ignore this considering many of its own employees must own an Apple TV.

When Salt, a Swiss TV company, announced in 2019 a remote specifically designed to work with the Apple TV, I was intrigued and even considered purchasing one on eBay. Patience, David. Patience.

Lo, Function now sells the remote directly in the United States for $29.95. 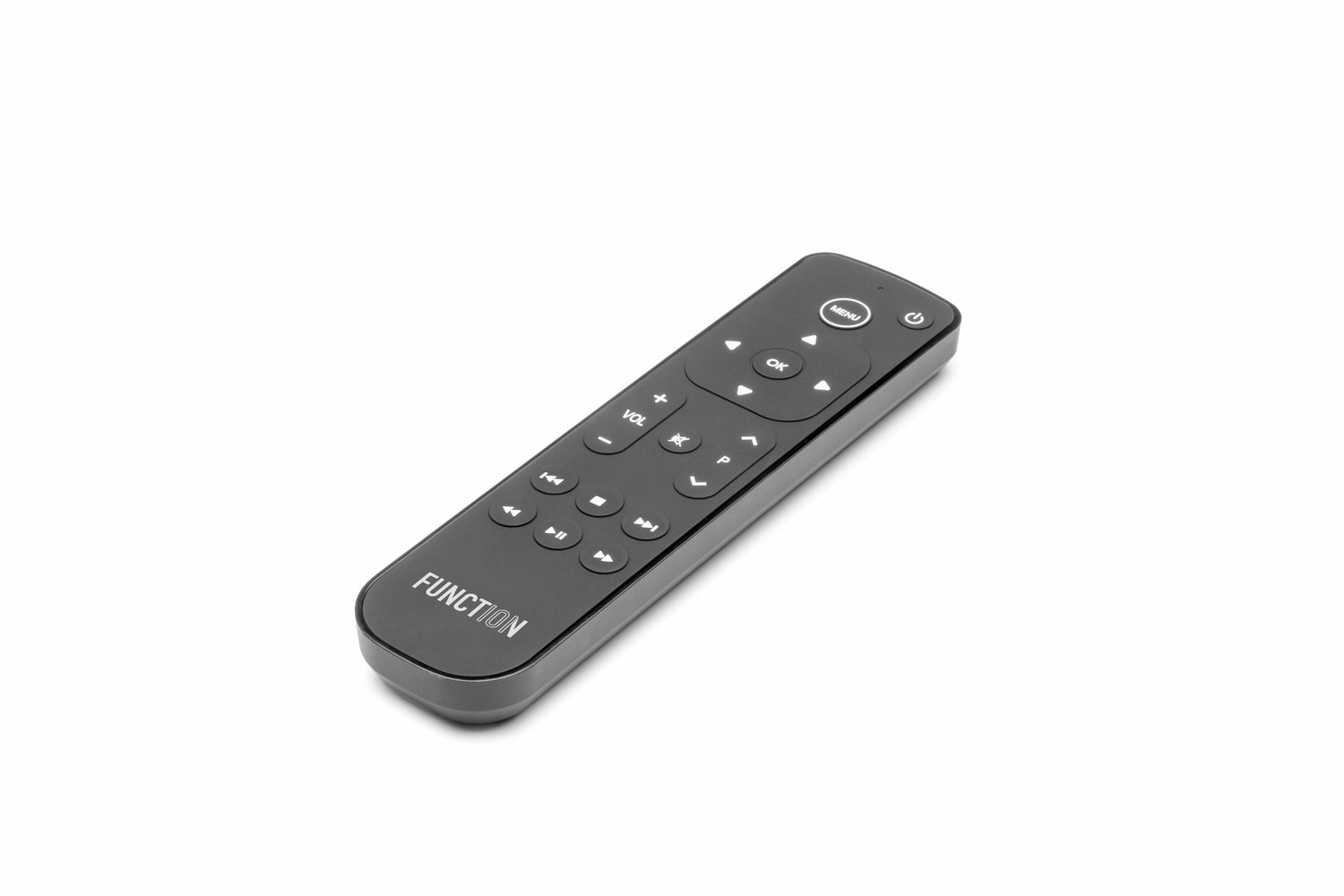 Like a typical remote, the Function remote feels good in your hand. It’s large, bulky, and not too heavy. When you set the remote down it does not shake back and forth like TiVo’s more curvy remote.

The dedicated fast forward, rewind, and pause buttons are a dream. You will never accidentally fast forward or rewind when you are trying to pause. However, the up, down, left, and right buttons are definitely a step backward compared to the Apple TV remote. It takes more effort and time to navigate Apple TV’s interface. When you temporarily pick up the Apple TV remote you feel again how easy it is to quickly traverse the screen.

The more traditional layout provide enough space for the button positions to enter your muscle memory. You can easily slide your finger around to find volume up/down and be confident you are pressing what you intend to press. Oh, and a mute button lets you… mute.

One major drawback is the lack of a Siri button. Occasionally I know exactly what movie I want to rent so I speak its name into the Apple TV remote. That is no longer possible. Apple TV offers a screen that shows you what apps allow you to watch a movie for free. Without Siri I’m not sure how to get to that screen.

Another drawback is the lack of a home button. “Wait, David, the Apple TV remote has a home button?” Yes! The TV icon button in the upper right corner instantly jumps to the home screen with the grid of app icons. I have encountered multiple people who never tried pressing that button. They press the menu buttons repeatedly until arriving on the home screen. Can you imagine?! Those naive users will be comfortable with the Function remote. I, however, am instantly frustrated every time I want to return to the home screen.

The last drawback is visual: Function’s ugly logo is prominently displayed at the bottom of the remote. This is similar to LG placing their logo on the UltraFine 5K Display. I don’t need to be constantly reminded of who made your product.

If your household exclusively uses Apple TV for content (YouTube TV, Hulu, Netflix, HBO MAX, Peacock, Acorn, Disney+, Apple TV+, etc.), I recommend purchasing the Function remote. Interacting with your Apple TV should be simple and enjoyable, and that requires a better remote. 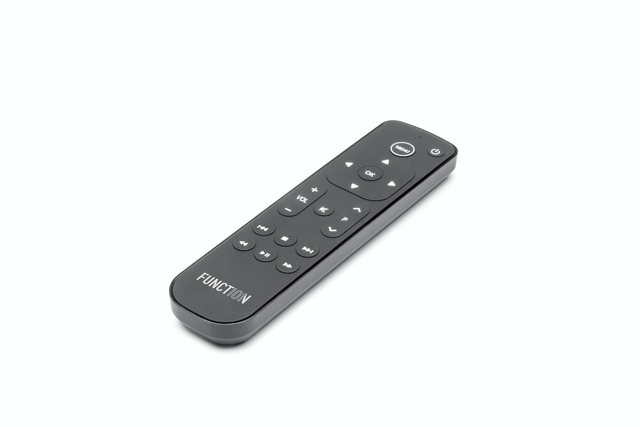 The Science of Brewing Coffee by Mistobox

By the time a coffee arrives at your doorstep, it has traveled a long distance and has been transformed from an agricultural product into freshly…