Normally I ignore Apple rumors, but it’s rare to read about one that indicates a reversal in design. MG Siegler writes about Apple laptop speculation:

Mainly, since Apple is clearly feeling nostalgic, I want them to bring back the glowing Apple logos on the back of MacBooks — something they seem to want to do themselves if you just look at all their recent marketing!

Nostalgic for the sake of nostalgia? Or is Apple considering returning to an era of prioritizing function over form?

Previously Apple’s PowerBook and original MacBook laptops had a number of features that provided reassurance. The MagSafe connector had a small light with two colors: orange to indicate charging, and green to indicate a full battery. Those tiny lights weren’t crucial features, but they helped reassure me that the computer was working properly. Do computers mostly work properly? Of course! But it’s nice to be reassured.

Older Apple laptops had a button on the battery (when batteries were visible and detachable). One tap of the button lit up 1, 2, 3, or 4 lights to indicate if the battery was 25%, 50%, 75%, or 100% charged. This saved me from opening the laptop and entering my password just to learn the battery’s charge state. Again, not crucial but reassuring.

There was also a white light that glowed when the laptop was in its sleep state. It increased and decreased in brightness like a person breathes in and out of their lungs. That subtle glow told me that there were no problems entering the sleep state. Once every couple of years my laptop (even the 2016 MacBook Pro) will be stubborn and not want to actually go to sleep. Is this problem that only occurs every few years worth building a feature to remedy? Of course not. But the light was there and I appreciated it.

Apple’s modern laptops are svelte, minimalist, and vague similar to the iPhone. One could argue that the iPhone exterior could be more beneficial to the user with lights to indicate power, cellular strength, WiFi strength, and battery availability like the Status Bar. That would be more consistent with Apple’s older laptops. Each of those indicators are solved with software on the iPhone, and I assume Apple’s industrial design team arrived at the same conclusion for laptops: users can learn the state of the laptop by looking at the screen. The problem is laptops and phones are not used or perceived the same way. Phones are much closer to us in the sense that they are always one second away from use. They never go to sleep. They are never shut. Compare this to laptops which We walk away from for hours or days at a time. Laptops remain mysterious with more potential for problems.

Perhaps it’s time to reconsider the laptop’s sleek but helpless aesthetic and provide users with bits of information that build trust and confidence. A bunch of lights surrounding the surface may sound tacky, but there is a balance between reassuring and unattractive. 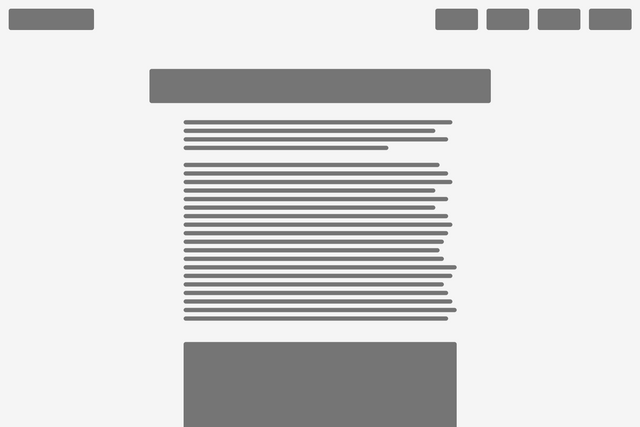 After speaking with many designers through Out of Office Hours and, as a new design leader, interviewing many candidates for a position on my team,…