The Last Interview by Marcin Wichary

Marcin Wichary writes about an interview he conducted for his upcoming book about keyboards on his corresponding Shift Happens newsletter.

I have a feeling chasing people isn’t the right take, anyway. You have to chase stories. But stories don’t announce themselves as such. Many are hiding inside people’s heads, feeling like nothing very exciting. It haunts me that somewhere within the readership of this very newsletter, there are great stories that will never see the light of day; even if I had time to talk to everyone, and you had the willingness to engage me, well… I’m not a great interviewer.

I’ve had some luck with chasing stories on Twitter, and I’ll write about that some other day. And I was pretty lucky with finding some wonderful people who surrendered great stories too: fans of mechanical keyboards, people who typed on the oldest of computers, ergonomics specialists, inventors. To the extent I could determine it, I thought I was already done with interviews about a year ago.

And yet, despite that, the most unusual interview I‘ve done happened only last month.

Marcin is a master storyteller. If you have never seen him speak at a meetup or conference, I recommend watching his latest talk from Config 2020: I Pressed ⌘B. You Wouldn’t Believe What Happened Next. I absolutely cannot wait for his book.

This week I began reading the highly entertaining No Filter: The Inside Story of Instagram by Sarah Frier. Sarah writes about Kevin Systrom’s approach to designing and building Instagram.

The biggest was “community first,” meaning all their decisions should be centered around preserving a good feeling when using Instagram, not necessarily a more fast-growing business. Too many notifications would violate that principle. Then there was “simplicity matters,” meaning that before any new products could roll out, engineers had to think about whether they were solving a specific user problem, and whether making a change was even necessary, or might overcomplicate the app. It was the opposite of Facebook’s “move fast and break things,” where building for growth was valued over usefulness or trust. There was also “inspire creativity,” which meant Instagram was going to try to frame the app as an artistic outlet, training its own users and highlighting the best of them through an editorial strategy, focusing on content that was genuine and meaningful.

It’s clear today that these early values, especially “simplicity matters,” are lost. Instagram is a confusing mess. There are 3 camera flows each with their own interfaces, features, and content placement.

The book also includes several passages discussing Systrom’s refusal to build a “regram” button that would allow me to post others’ photos to my feed similar to a “retweet” button on Twitter and a “reblog” button on Tumblr. He believed Instagram should be a place for expression and creativity; not viral content. This button does not exist today, but sharing others’ photos and videos to Instagram Stories is possible. This functionality means my Stories are filled with impersonal nonsense.

I continue to look forward to either a new photo sharing social network, or Unsplash finally building out their social features. 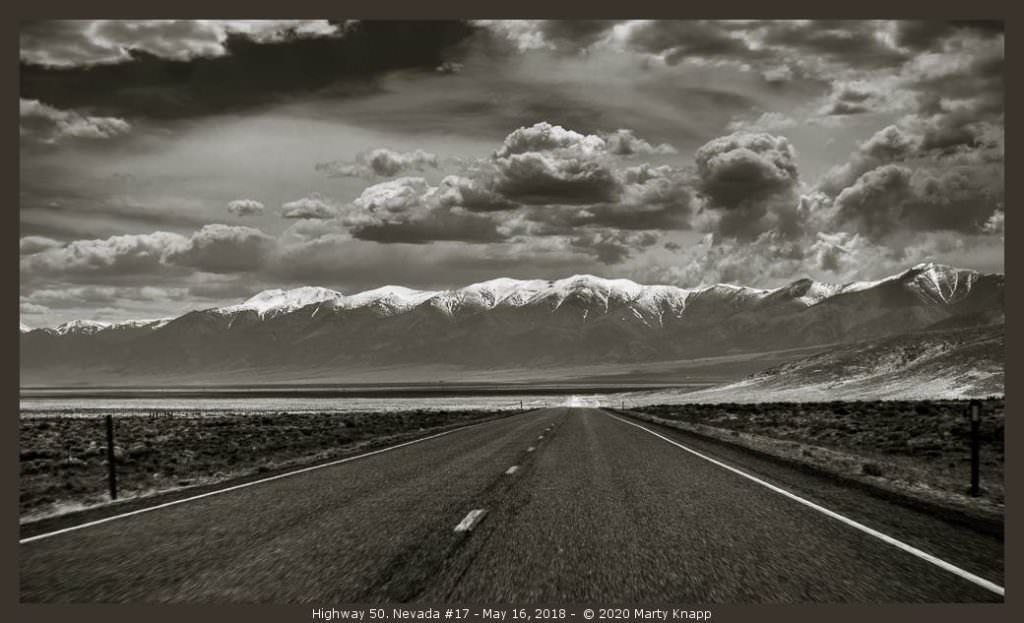 Marty Knapp writes about how he approaches photographing roads in his newsletter. The Klein household has several of Marty’s prints. If you drive through Point Reyes Station you must stop in his shop. He loves talking about photography so make sure you say hello.

I’d been thinking about how the inclusion of a road in a photograph affects the way I felt and what I thought about when I viewed the image. So, on a recent evening, I searched my catalog for photographs in which a road was a prominent feature of the composition. I found and created a new collection of a dozen examples. As I examined them more closely I discovered that they fell into two broad categories: one in which the road drew my eye into a clearly seen destination, the other where the road disappeared into parts unknown.

While making landscape photographs I look for a place to set my camera in order to represent an evocative view. I want my print to give the viewer a feeling that they are standing, virtually, where I had stood to make the photograph. I call this “giving the viewer a place to stand.” When a road is also included in the composition, the viewer is not only offered a place to stand, but he/she is invited to enter deeper into the image.

As I continued looking at my road photographs I began to explore what I was feeling when I made these two kinds of images. In the case of the road leading to a clearly seen destination, the feeling was obvious: the road had drawn me to a view that exuded a sense of heightened beauty or grandeur. It was as if I had arrived at a captivating place and could now stop and gaze at the view. I felt happy…my spirt soared. The second type, where the road disappeared around a bend or over a hill, made me wonder what was beyond, what awaited me. I felt a sense of curiosity, mystery or longing. In both cases the inclusion of a road in the image invited me in–stimulating new feelings and thoughts. 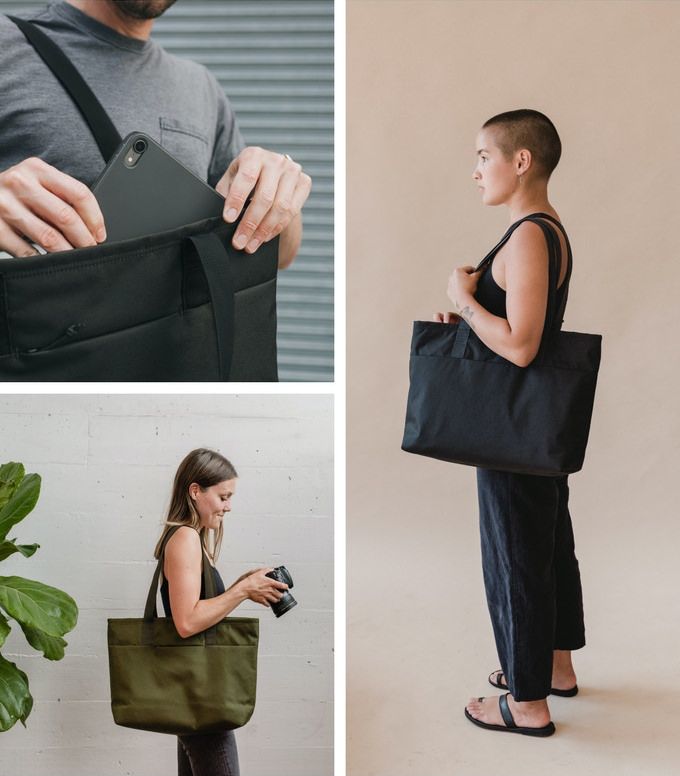 This is our 6th campaign and we’re more excited than ever to bring you our first line of bags for the NEW work - backpacks, totes, and organizers for working anywhere and traveling everywhere.

As an owner of Moment’s Anamorphic Lens, Macro Lens, iPhone 11 Pro Thin Case, and a fan of the Moment YouTube channel, I’m pumped to see this new line of bags and cases. I backed the MTW Tote and Tech Organizer.

The Klein household currently uses a Filson tote (thank you for the wonderful gift, Jesse) when we travel to family members’ houses and wife-approved hotels. The Filson tote is pretty but its lack of pockets and zipper causes anxiety. Cables and chargers also end up tossed into a suitcase which results in cables getting tangled amongst my allbirds underwear and socks.

A Tiny Celebration by Craig Mod

Craig Mod makes a twilight bike ride come to life in his Ridgeline newsletter. I highly recommend you subscribe.

The river runs from Fujisawa to Enoshima and on the return trip, the Enoshima lighthouse acts appropriately as a beacon in the distance. The other night, the moon fought through hazy cloud cover, and the river water looked stage-lit. There’s a path along that river that runs for miles and miles. At 10 PM it’s empty. Just me, on my orange bike, total silence, floating through the soup that is the air of August in Japan, air that even at 10 PM is as soupy as you can imagine, more soupy than even in the afternoon since the humidity rises at night. My bike has a beautiful little German-engineered light and dynamo hub on the front wheel. Totally silent in operation. It lights the path (which is otherwise unlit). The river glints. My presence is nothing more than a gentle rubber-on-cement hum. Every now and then a fish flies up and out of the water, splashes back down with a thud. Bridges bisect the river at various intervals and one of them carries the Enoden, a small local train, and as you hover alongside the river, the fishes flopping, the air like soup, the lighthouse marking the way in the distance, every now and then a train will trundle past downriver and you’ll catch a quick glimpse of a few heads, yellow-lit from within, and the rough reflection of the cars in the water. 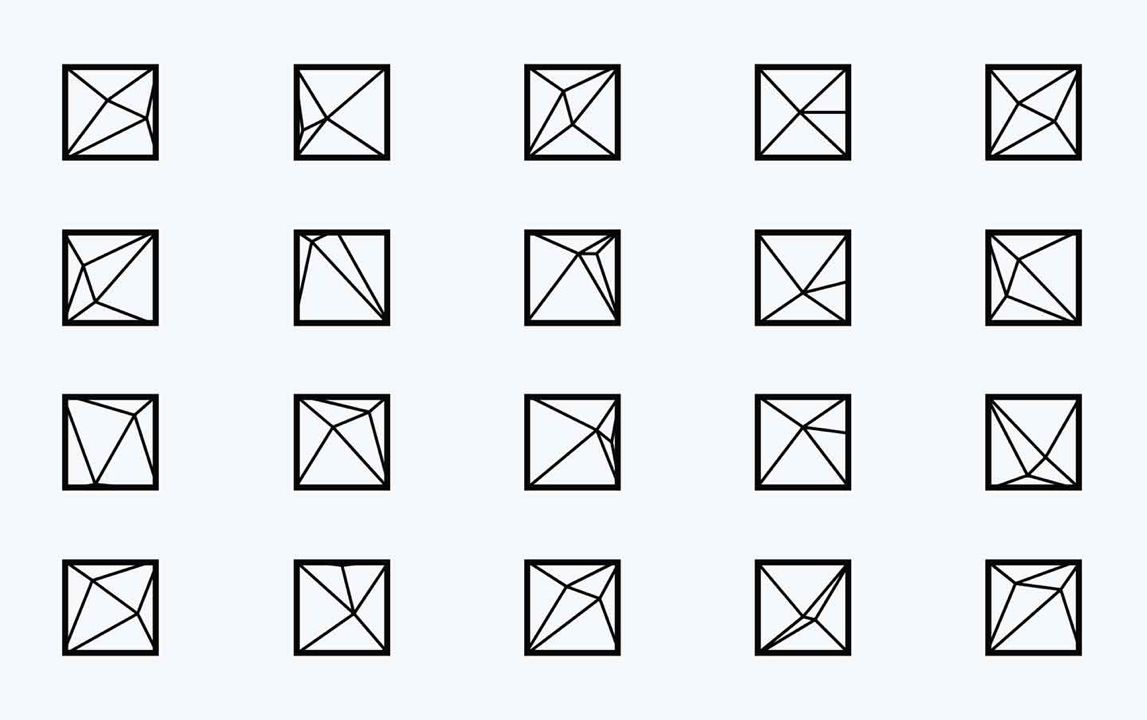